Abstract: Early in his career, Karl Marx complained that “Philosophers have hitherto only interpreted the world in various ways; the point is to change it.” Philosophers Robert Frodeman and Adam Briggle have recently issued this same complaint against their contemporaries, arguing that philosophy has become an isolated, “purified” discipline, detached from its historical commitments to virtue and to public engagement. In this paper I argue that they are wrong about contemporary philosophy and about its history. Philosophy hitherto has always been characterized both by a concern with practical engagement and by serious misgivings about such engagement. I show that reluctance to engage with practical affairs was a feature of philosophy long before the advent of the modern university and that a wide range of contemporary philosophers are concerned with virtue and public engagement. Finally, I argue that Frodeman and Briggle’s own account of contemporary philosophy makes it unsuitable both as the subject of their title (“When Philosophy Lost Its Way”) and as the object of their call to action. 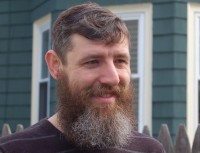